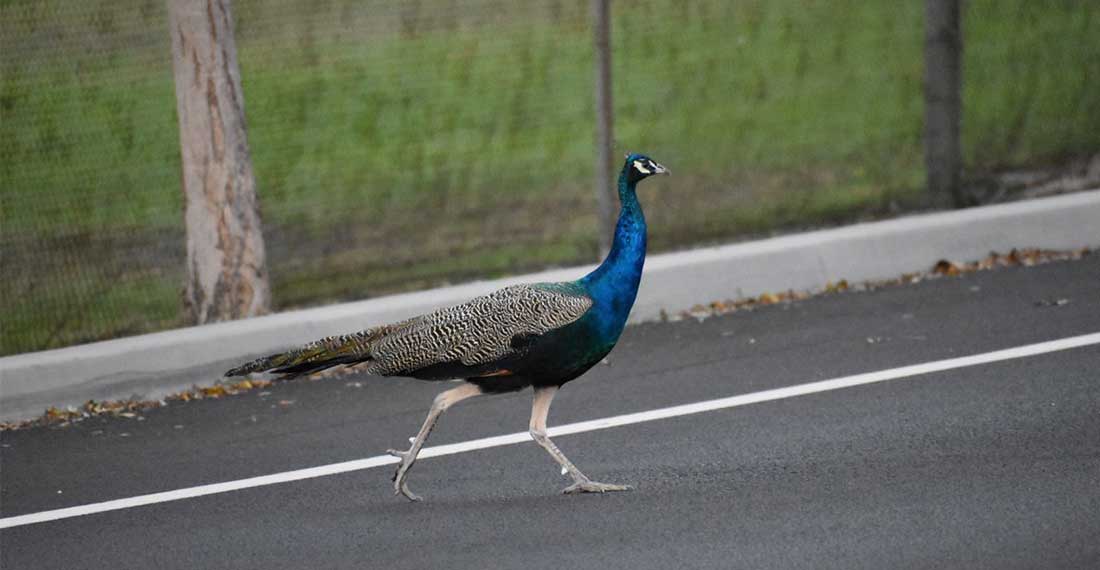 Just reported in the Long Beach Post Peacock sightings near the traffic circle and Colorado Lagoon!

According to the post, Ted Stevens, manager of Long Beach’s Animal Care Services, said he’s had recent reports of peacock sightings in a neighborhood just west of the Traffic Circle, while residents on Twitter have reported sightings near Colorado Lagoon and Ximeno Avenue near Sixth Street.

Peafowl are rare in Long Beach. While animal controls officers have been called out, the birds are usually too fast to catch, Stevens said, adding that the Traffic Circle area is not a safe place for peafowl.

“If they are confined or injured we might be able to catch them,” he said. “But if they’re healthy, they’re just impossible.”

Resident Ariana Gastelum said she spotted a peacock on Monday around 4:30 p.m. heading from the golf course to Colorado Lagoon.

“I saw her crawl under the fence and run towards the lake, but then she changed her mind when she saw some kids on bikes and hopped on a nearby roof,” she said.

We're not around right now. But you can send us an email and we'll get back to you, asap.