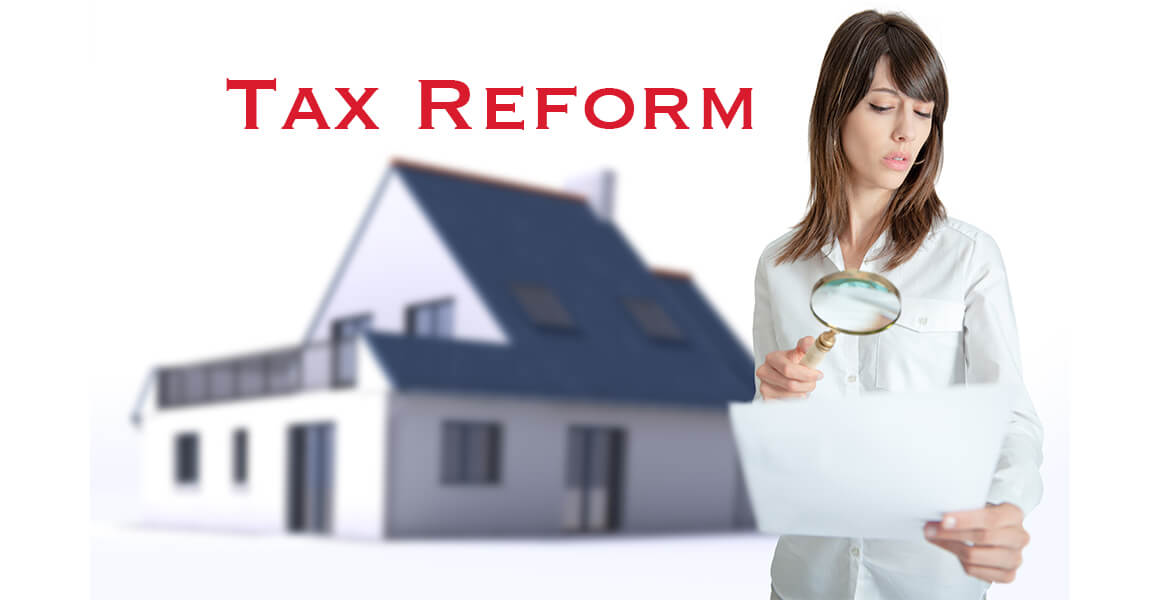 With the new Tax Reform Bill now signed by the President, many of you are asking what it means for Real Estate in 2018.

Lets’s start with what National Association of Realtor’s President Elizabeth Mendenhall said in her official statement:

“The results are mixed. We saved the exclusion for capital gains on the sale of a home and protected the mortgage interest deduction for second homes. Many agents and brokers who earn income from personal services will also see some significant new benefits in their business.

Despite these successes, we still have some hard work ahead of us. Significant legislative initiatives often require fixes to address unintended consequences, and this bill is no exception. The new tax regime will fundamentally alter the benefits of homeownership by nullifying incentives for individuals and families while keeping those incentives in place for large institutional investors.

That should concern any middle-class family looking to claim their piece of the American Dream.”

Although the final tax reform bill is far from perfect, it is significantly better for homeowners than previous versions. The National Association of Realtors and individual realtors across the country worked hard informing legislators who helped shape the final product.

Last-minute changes to the bill included the following improvements:

• Capital gains exclusion. In a huge win for current and prospective homeowners, current law is left in place on the capital gains exclusion of $250,000 for an individual and $500,000 for married couples on the sale of a home. Both the House and the Senate had sought to make it much harder to qualify for the exclusion.

• Mortgage interest deduction. The maximum mortgage amount for households deducting their mortgage interest has been decreased to $750,000 from the current $1 million limit. The House bill sought a reduction to $500,000.

To see more details of the new tax bill and how it affectes both Realtors and Homeowners, just click the button below.

We're not around right now. But you can send us an email and we'll get back to you, asap.